Thanks to seismology, Earth-observing satellites and geology, we have a pretty good idea of what the interior of the Earth looks like, although we are discovering new things year on year! I recently took part in an online course about Deep Earth Science, and another all about Moons, so I thought I would share some of the cool things I learnt, and practise my design skills!

The Earth, and all other planets and large moons, have a differentiated structure- in other words, it’s layered.

The outermost layer that we inhabit and know most about is the crust. It takes up less than 1% the Earth’s volume, and is made of light rock. It’s split into two types: continental and oceanic crust. Oceanic Crust tends to be thinner, and is denser, this means it can sink underneath the continental plate, which is thicker and older, but also lighter. The furthest we have dug into the crust is 12 km, which is a great feat of engineering, but seeing as the earth’s radius is 6400km, we’ve got a long way to go until we reach the centre of the earth! Below this is the mantle, which is mostly peridotite, which is a silicon rich rock, but even this is split into many layers, each with slightly different minerals. We detect the layers as refraction of seismic waves! An earthquake happens when friction between plates (the jigsaw puzzles pieces that slot together to make up the crust) is released in one big slip. It releases seismic waves, and when any waves cross a boundary, they are refracted and change direction slightly- This is then detected with a series of seismometers on the other side of the earth! We haven’t just used this method to investigate the interior of the earth, but also other planets!

When we went to the moon 50 years ago, we left seismometers there, which have been detecting moonquakes ever since! (The InSight river that landed on Mars last year has been doing the same thing on Mars!) Thanks to this, and detailed study of rocks on the moon’s surface, we have discovered that the Lunar Crust is thicker on the far side than on the near side, and like the earth, is split into two types- the lunar mare (the dark basaltic plains, fairly similar to the earth’s oceanic crust!) and the lunar highlands (the older, heavily cratered, pale areas). Beneath this is a long-cooled mantle and a small iron core.

So although the inner planets appear very different on their surfaces, their structure is quite similar! This is because they are all rocky terrestrial planets. All of them have an iron core, a mantle, and a crust. Currently, we don’t know much more than that. Although the InSight Mars rover is set to investigate Mars’ magnetic field. As the magnetic field on Earth is created by convection in the Earth’s liquid outer core, studying Mars’ could help us understand whether it’s interior is more interesting than we first thought! Current theories suggest that it’s core is bigger than expected, but whether this is layered or not, we are yet to find out!

In the outer solar system beyond the snow line, the giant planets reign. Jupiter and Saturn are gas giants, made predominantly of Hydrogen and helium, like stars (except they didn’t get anywhere near big enough for fusion to begin!). Hydrogen is a particularly interesting element: We usually think of Hydrogen as a gas, but under the intense dense conditions found inside Jupiter and Saturn, it actually acts like a metal! This means that it can conduct electricity and move charge, which is how their intense magnetic field is created! There are actually a few more layers than in the diagram: Jupiter’s outermost layer is gaseous hydrogen, beneath that is liquid hydrogen, then a layer of Helium and Neon, then metallic hydrogen, and finally a rocky ice core.

These two ginormous planets are surrounded by a multitude of fascinating planets. Their surfaces are totally alien, and some actually have the highest potential for finding aliens in our solar system! Take Europa for example- it orbits Jupiter and has an icy surface and a hidden subsurface ocean! It’s probably about 100km thick- that’s nearly 6% of its entire radius! That might seem quite small, but it holds twice as much water as all of Earth’s oceans combined. It’s ocean is kept warm by its orbital resonance with Io and Ganymede, which prevents its orbit from becoming circular. This elliptical orbit means that the strength of gravity changes at different parts of its orbit so its surface bulges and flattens accordingly, creating friction that prevents the ocean from freezing entirely! The ocean isn’t pure water, but contains salts. This means it acts as an electrolyte and creates a magnetic field, which is actually how it was first proven! The surface is cracked, and has evidence of where it has been pulled apart and the ocean re-frozen! These cracks could be where we find life- as below the few cm of ‘death zone’, where radiation is still too strong, light can still reach a few metres down, possibly allowing for photosynthetic producers to provide for a whole ecosystem! Or at the bottom of the ocean, chemosynthesizers that use energy from their surroundings to survive could set up food webs around hydrothermal vents. Enceladus (orbiting Saturn) is similar, though much smaller! It’s ice is fresher, due to the geysers at its South Pole which creates fresh snow that costs its surface!

Saturn also has another interesting moon: Titan. The only moon with a thick atmosphere, Titan was visited by the Huygens probe in 2005! We discovered that it’s atmosphere is layered like ours. At high altitudes there is layers upon layers of particulate haze that makes it hard for orbiters to peer through, but once it had descended past this layer and through the clouds of methane, a mountainous surface, strewn with pebbles and split by huge lakes was revealed. At first, this seems surprisingly Earth-like, except the surface isn’t rock, but discoloured ice, and the lakes and seas aren’t full of water, but liquid methane fed by hydrocarbon rain. It does have a rocky core, but also layers of ice and even a subsurface ocean- which is actually really common in the outer solar system!

Beyond these are the ice giants, only a few times larger than the Earth, but much more massive, these planets exist where the sun’s light barely reaches. But we know surprisingly little about them, seeing as they’ve only been visited once, by voyager 2 back in the 80s. This is quite sad, as they are very underrated. Sure, the may look kinda dull and just blue, but that’s from looking from over 3 billion km, or using 40 year old tech- I’m sure if we return we will discover so many exciting things about its interior!

Studying the structure of planets- even our own- is incredibly difficult, because we can’t just nip down and take a sample! This means that for now, we can only come up with a best theory, but the more we explore and understand these planets, the better these theories will be! Sure, most of science might be a theory, but not in the everyday sense: scientific theories are based on analysis of evidence, and using what facts we have to figure out a plausible explanation, which is then continually tested until we either prove it wrong and discover something new, or until we run out of things to test!

1 thought on “The Structure of the Solar System” 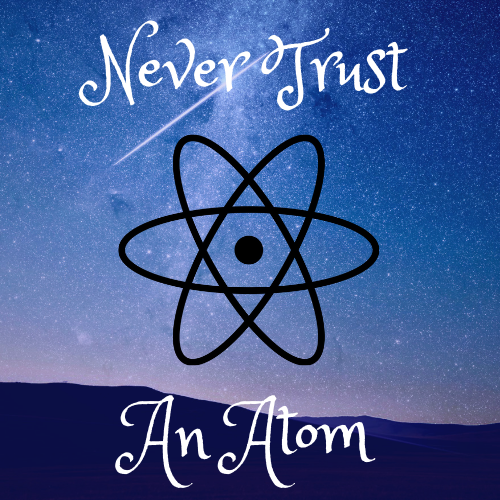 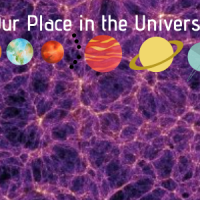