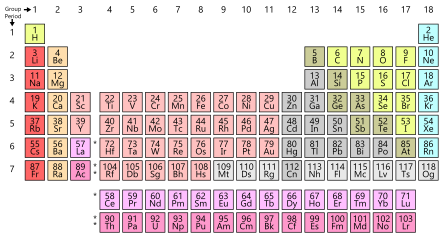 Part One: The Known

When you think of what makes up the universe, you will probably think of atoms. Sure, they are the building blocks to most things we see around us, but as we discovered in a previous post, atoms aren’t the end of the story. The atoms are made up of smaller particles described by the Standard Model, which not only includes types of quark (which make up protons and neutrons) and leptons but also bosons (force-carrying particles). Then surely the rest of the universe is made up of all of them? Its true, the universe is filled with electromagnetic waves (photons) and atoms. When we look out into the galaxy and beyond, we see an abundance of elements such as Hydrogen, Helium and Carbon, and for decades scientists thought that was it. But it turns out… all the things that we can see, everything we can observe, makes up a measly 4% of the universe!

What do we know?

We know that there are 118 elements, 96 of them naturally occurring as a result of nuclear fusion in stars, or the intense heat and pressure from a supernova. These elements took millenia to discover and understand, and the periodic table took 150 years to complete.

The most abundant elements in the universe are Hydrogen (the first element produced after the Big Bang), Helium (produced seconds after Hydrogen from high-speed collisions) and then Oxygen and Carbon. The reason the next most common elements aren’t the next lightest (Lithium and Beryllium) is that Lithium is rarely formed in stars and despite being made just after Helium, it was a comparatively small amount, and Beryllium often doesn’t survive supernovae, and is instead used to create heavier elements. Other than this, element abundance mainly falls with increasing atomic mass.

Just a point of clarification: only the nuclei of Hydrogen, Beryllium and Lithium were created seconds after the big bang; it took 380,000 years for the universe to cool to a temperature at which electrons could be held in place around them.

We know that these elements are further split into quarks and electrons, which are only a small part of a group of matter particles, called fermions, of which there are twelve: there are 6 quarks (3 positive and 3 negative) which interact with the Strong Force, and 6 Leptons (3 negative, 3 neutral) which don’t. If you want to find about more about The Standard Model, go to my Particle Physics page

The other half of the Standard Model describes Bosons. These bosons ‘carry’ different forces that allow interactions between particles to take place.

There is also the Higgs Boson, a relatively recent discovery, which I will cover in a future post.

These particles all coalesce into the world that we live in, and for most of human history, we thought that was it!

So, Standard Matter- everything you can see, observe and/or describe and their constituents- is pretty well understood to a certain extent, as it generally interacts normally/predictably with other matter and energy. The only uncertainty comes from the smallest particles, as quantum mechanics is rather odd, but, we still have good equations that describes it!

The rest, due the stretch of modern technology, is basically invisible. This huge chunk (96%) of our universe has been split into two, unimaginatively named, sections: dark matter, and dark energy.

Check back tomorrow for Part 2, where I’ll explore why Dark Energy and Dark Matter must be there, and what they could possibly be made of!

4 thoughts on “What Makes Up The Universe? Part One”